Google have released their new router that built for Wi-Fi. The idea behind the OnHub is to make technology in your life simpler, everything is run through an app on your phone and is designed to be used by the everyday Joe, a simple and clever interface design.

The idea of the app is to give the user a simple touch and go app, it tells you only what you actually need to know rather than lots of numbers and codes and along with the nice interface design you can select what you would like to do - listen to music, stream a movie or access some info from a server. 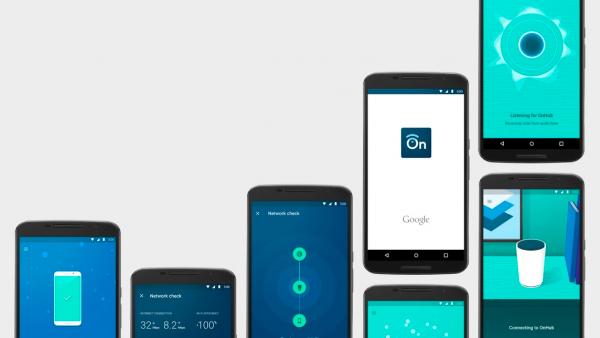 The biggest competitor is the Apple Airport extreme, so heres a breakdown and comparison for you to make your decision. When comparing specs it seems the OnHub wins hands down. It’s got double the antennas and an additional antenna that helps cut congestion. Add in the support for smart home connectivity and the USB 3.0 port and it’s a no brainer. Both companies have taken appearance into thought, unlike many other brands who make routers you want to hide away in the cupboards, the OnHub and Airport Extreme look like a piece of art you want to show off.

The killer feature of the OnHub is what Google bills as the router “for the new way you Wi-Fi”. Because of its thirteen antennas the OnHub is exceptionally good and regulating its frequencies to respond to interference and use that to deliver uninterrupted data to your devices. This regulation is important considering how many Wi-Fi devices we have in our homes nowadays and just how much data we’re streaming at any given time (hello, Netflix HD movies). The OnHub also offers an app, which is how users communicate with it. Google says this app, for Android and iOS, allows user to program and set up their OnHub using natural language and simple instructions–a far cry for the standard router’s “Go to 10.2.7.12 then enter the WAP key followed by your router ID….” instructions.

The Airport Extreme’s killer feature could be said to be its printer and external hard drive sharing–both of which OnHub supports–and its beamforming antenna array, which seeks out which direction your Wi-Fi devices are in and then beams data in that direction instead of just in a circumference. But Google’s OnHub actually has this feature too, so…

You can make the decision from here.